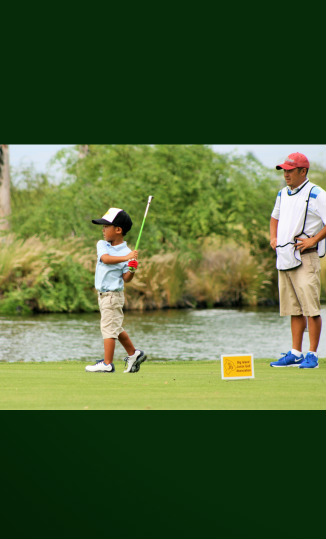 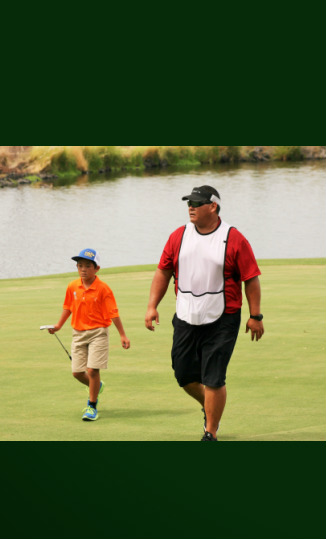 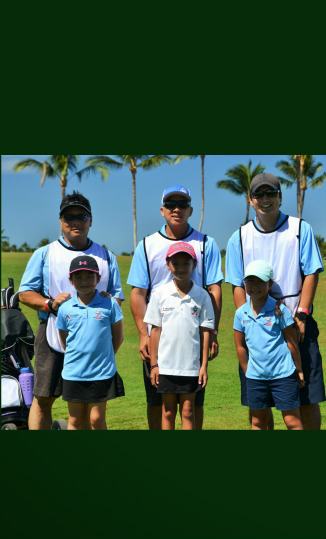 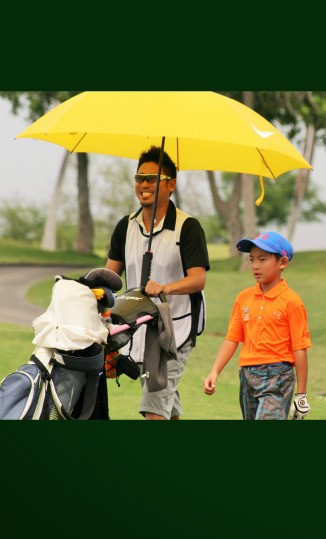 All players 8 years old and younger have the option to be accompanied by someone 15 years old or older to serve as their caddie. We encourage you to take advantage of this privilage.

Rule 14-2b states that in “making a stroke,” a player shall not allow his caddie to position himself on or close to an extension of the line of play or the line of putt behind the ball. A caddie may position himself in this manner before the player commits to beginning his swing but must move away once the player is set to begin his swing. Failure to do so will result in a two-stroke penalty.

Rule 8-1 states that a Caddie is one who carries or handles a player's clubs during play and otherwise assists him in accordance with the rules. A player may only have one caddie at any given time. A caddie may be replaced or eliminated at any time by the player. No other person may offer advice or help to a player other than his caddie.

Do not engage in any kind of unsportsmanlike conduct with any official, player, or parent such as refusing to shake hands, using profane language or gestures.

If a caddie becomes disruptive to the point of receiving a formal complaint, the caddie may be removed by the tournament or club play committee.